Skip to content
Music Hit Box Worldwide Music Features
Home > Music News > MHBOX’s OFFICIAL UK NO 1 LOCKDOWN ANTHEM: Sensational and inspiring Irish rock star ‘Dar.Ra’ unleashes the song that ‘Ozzy’ should have written in this crisis with the grand, epic appeal of ‘Stand Up For The Heroes’ 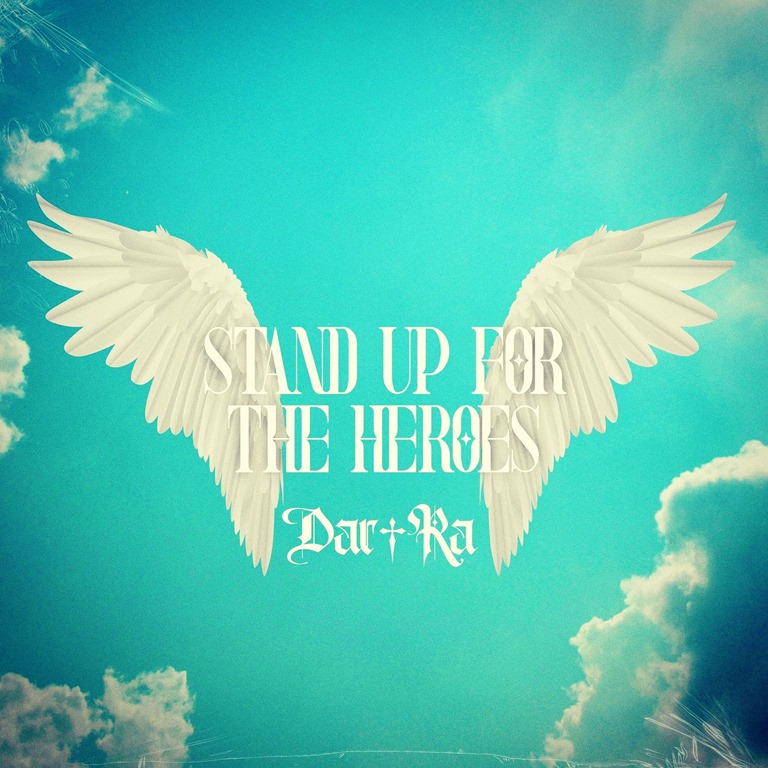 Extraordinary times requires the same extraordinary efforts to equalise the situation and none more so has been exemplified by the Keyworkers around the world.

While we all in our own small ways did our bit to ease the pressure on our health infrastructures, it seems incomparable to the front line staff who in many cases have literally given their lives to save others.

The word Hero should only be used in such cases where someone stepped out beyond the call of duty and gave everything to make the world a kinder and more stable place to live in.

Feeling the need to honour this sacrifice and bravery Irish solo artist Dar.Ra has stepped up to the plate and written the ultimate anthem for the Key Workers, to thank and remember long after this situation has changed.

It’s all too easy sometimes to forget what previous generations have done to change the world for the better. People sit in the luxury of criticising actions of people who showed leadership in times of crisis. The classic statement of ‘What Did You Do In The Great War or The Great Pandemic’ will always ring true, and for those of us with a conscience will be able to say I did my bit.

The tribute song is titled ‘Stand Up For The Heroes’  is a solemn, strings, vocal and piano arrangement that drives home the enormity of the situation with a lyric that tells the story of the every day fight in the frontlines. While some gave all, some just caused more confusion, amplified by the lyric

“The world is unsteady on its feet, some trying so hard while others close their eyes’

Equally followed by the lines

‘So much is owed to you, and that sacrifice will never be repaid’.

While we are reminded by the vocals that the ‘Tears that have fallen will never be forgotten’ we are urged to pay our respects by ‘Standing Up For Heroes’.

That standing up is not just about applause but by valuing their services with the money they deserve.

MHBOX’s OFFICIAL UK NO 1 LOCKDOWN ANTHEM: Sensational and inspiring Irish rock star ‘Dar.Ra’ unleashes the song that ‘Ozzy’ should have written in this crisis with the grand, epic appeal of ‘Stand Up For The Heroes’ – MHBOX Musichitbox UK

From the Refuse Collectors, Shop Sales Assistants, Hospital Porters, Care Workers, Nurses, Doctors, Teachers and everyone else who kept the ball rolling while the majority of us were being asked to stay safe at home – a small price to pay for the safety of others. 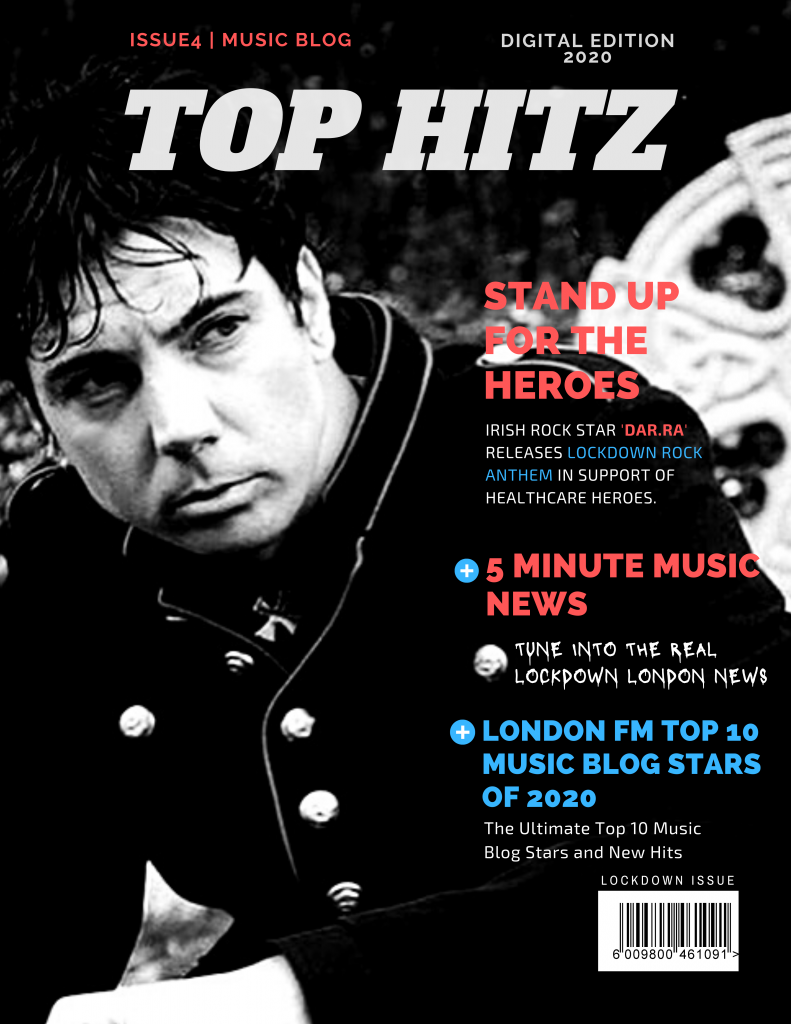 Dar.Ra is currently the Music Blog Cover Star for Top Hitz UK Music Blog. Dar.Ra will also be taking the UK New Music Radio station, Londonfm.digital over once every hour at a random time.

Dar.Ra will be talking directly to Londonfm.digital listeners about the song and share their messages of Coronavirus related stories of hope, love and triumph.

Every piece of history needs a piece of music that sums up the moment as Vera Lynn’s ‘We’ll Meet Again’ did during in WW2, maybe ‘Stand Up For The Heroes’ will do the same for generations to come.

Stand Up For The Heroes will be released as a stand alone track on Kusha Deep Records and proceeds will go towards funding for people who are in the frontlines helping to change the situation.