Music-News.com is proud to host the exclusive world premiere of ‘Body’ by Dancing on Tables.

Dancing on Tables are taking the UK and US by storm. With only 2 releases off their upcoming EP, they have already proven to be a firm fan favorite, with features in Variety Magazine as one of the Top 10 Brits to Watch a two page spread in Wonderland Magazine and a feature in the Scottish Sun. Dubbed the new Coldplay in less than 3 months the band have gained over 100,000 monthly followers, 4 Spotify playlist features and they are gearing up for their first UK tour.

Body is an up-tempo, radio friendly party song that will make you want to get up and dance (on tables). Written on a cold rainy day in Aberdeen and recorded in Edinburgh, they don’t let the weather dictate their mood. Body is armed with cowbells, drums, bass and a lot of attitude.

Dancing on Tables will be travelling to Nashville to promote their single Body, and work with their producer Grammy nominated producer Femke on new material. They are preparing for their US radio promo tour which will include performing exclusive shows around town.

We can’t wait to see this band take over 2018 and are looking forward to getting you on board with this band that is breaking every record in such a short time. 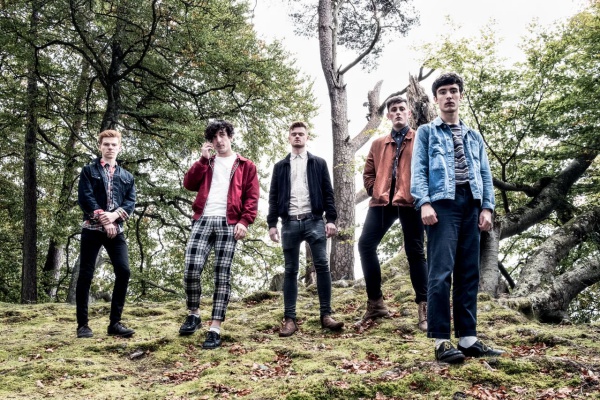