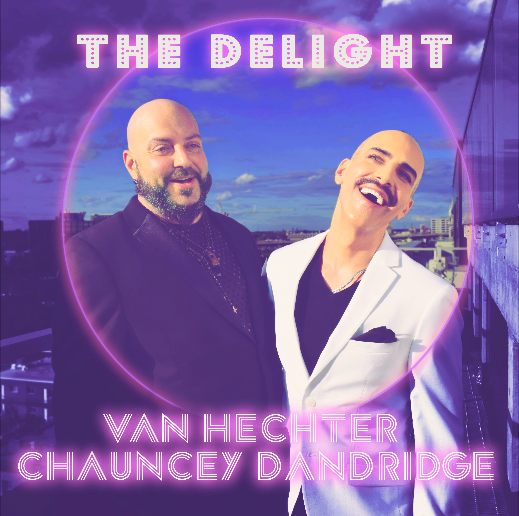 Whenever we’re reviewing a song we like: ‘Breathe in, breathe in the delight’

Though that is technically true, we nicked the lyric off of a French-Georgian artist by the name of Van Hechter. He’s the one you should be talking to about a delight (with an extensive career overflowing with talent, he definitely has one of two delights up his sleeve).

Why we’re writing this is that we like this track. Love it even. Or rather, we will write about it as soon as we manage to sit down and stop dancing. Like many of Van H’s songs, this particular single sparkles with a unique sound that draws on the by-gone era of disco, mashes that up with current club tracks and manages to thrown in some punk rock as well.

What can we say? The guy’s versatile that way.

The beat is clear and fun. The message is simple. Come and dance with us. And believe me when I say, I think most of us could do with some unabashed dancing in these screwed-up times that we live in. you know, even if it’s only in our rooms. It’s fine, you can do the ‘dancing in the moonlight’ bit later.

What? Still don’t know what I’m talking about? Well, what are you doing here, then? Shouldn’t you already be on Spotify, listening to it, or at the very least, typing in the name? Go on, we’ll be here once you’re done listening.

Better yet, you can finish reading as you listen. If you manage to sit still for long enough, that is.

‘The Delight’ is, if we’re permitted a pun, rather delightful. Much like the artist himself, it’s a flamboyant, larger-than-life piece that shines at times witty at times melodic, but throughout, devoted to quality music.

Once again, Montreal-based Van Hechter displays his musical versatility and obvious talent, waltzing right across the room, in that hypnotizing voice of his, reminiscent perhaps of Annie Lennox, she of Eurythmics fame.

In the past, we’ve seen Van H garner success with tracks like ‘Love Elastic’ and ‘Love the Disco’. We think it’s exciting to see him doing a collab with such an interesting artist as Chauncey Dandridge, the individual kind enough to provide the DJ-ing (aka those killer beats) on ‘The Delight’.

We definitely hope to see him do more similar collabs in the future, because he definitely nailed this one.