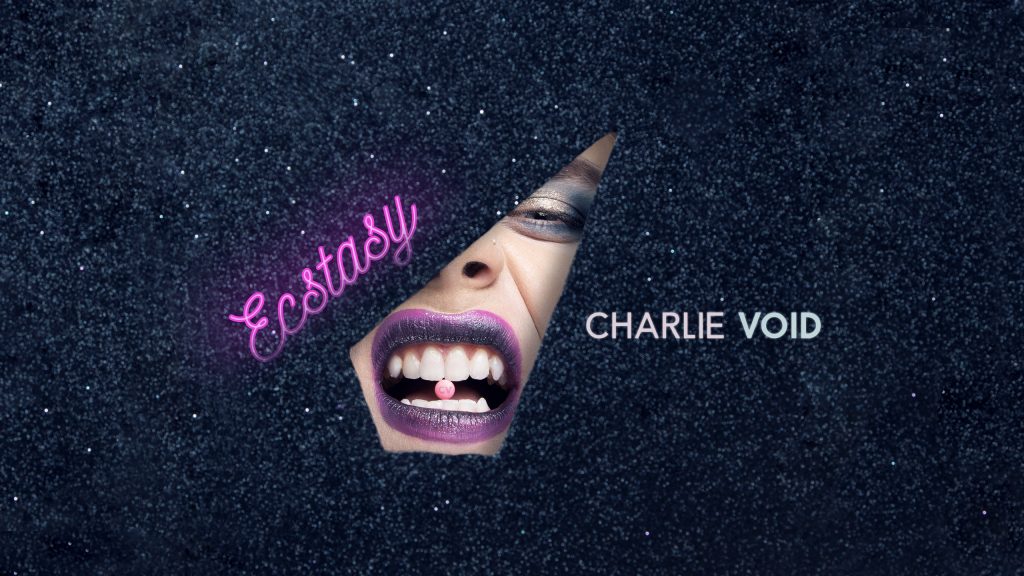 Hot off the success of his first single Just Dance, comes the raunchy disco topper Ecstasy by Cape Town, South African LGBTQ artist Charlie Void, putting the electronica back in the mix and giving us all an excuse to dance.

Charlie Void is what I aspire towards, it’s a character, an embodiment of pop-glamour! I created Charlie Void to fight my own insecurities, and I think I still wouldn’t be able to perform under my real name. Charlie is confident, stylish, talented and a force to be reckoned with!

It all feels very dystopian in a way… seeing the shelves in supermarkets lay bare and seeing everyone wear protective clothes and masks. I still think the strangest thing is having our beaches and nightclubs closed, I mean that’s what we live to do here in Cape Town!

I have brief moments where I think everything is pretty good but if I’m being completely honest I do struggle with episodes of depression as well as severe anxiety however I do think things are getting better for me, my career seems to be heading in a positive direction at least and some personal struggles I’ve been dealing with in the romance part of my life also seem like they’re starting to dissipate! I know that all of us as South Africans aren’t looking forward to the lockdown on the 26th of March but I decided to use time to focus on myself, I will be isolating myself from friends and family and take the time to work on new music and learn to be okay with being alone and just enjoying my own company.

I grew up on 80s music, both my parents exposed me to Fleetwood Mac, Madonna, Michael Jackson and Cyndi Lauper to name a few, but as I got older and started to find my own tastes in music I gravitated towards artists like Lady Gaga, who with her first few albums, had heavy 80s undertones. So I think my artistry was influenced by so many 80s artists and by so many current ones who seem to be just as influenced as I am!

Madonna, she pushed the boundaries not just in pop music but in culture, religion and sex. That’s something I’d like to accomplish as well. I mean anyone can have a good song but not just anybody can change the world with their music and persona

I’m using the time to catch up on my studies, I’m currently enrolled at UNISA and I’m doing a BCom degree in Financial Management. If I’m not studying I will be working on new music or catching up on some much needed sleep!

It’s such a divisive thing to be because everyone does take your sexuality into consideration. I’ve experienced it from both ends of the spectrum to be honest. I’ve been warmly embraced by the LGBTQ community but also harshly judged by some of its’ members. I’ve also had many “straight” people label my music as “trash” before they even listened to it. People judge on your appearance, sexuality and form an opinion on that. So it has its ups and downs, I tend to surround myself with people who are tolerant and honest. I have a very small group of friends, they keep me grounded and humble because all of them were close to me prior to success in music.

The gay scene differs from major city to city but in Cape Town we don’t have many clubs… just mainly Pink Panther, which is where I frequent but the gay music scene is tough to break into because the DJs and club owners are “straight” and hesitant of new music especially new music by an LGBTQ artist.

Well, despite the lockdown in SA, I am working remotely with the studio on 3 follow up singles so I do plan on releasing more music in 2020 but as for a full length album I can’t say yet. It is a goal of mine to do that but I don’t think I would release a full length album unless I can sign with a record label to do that with.