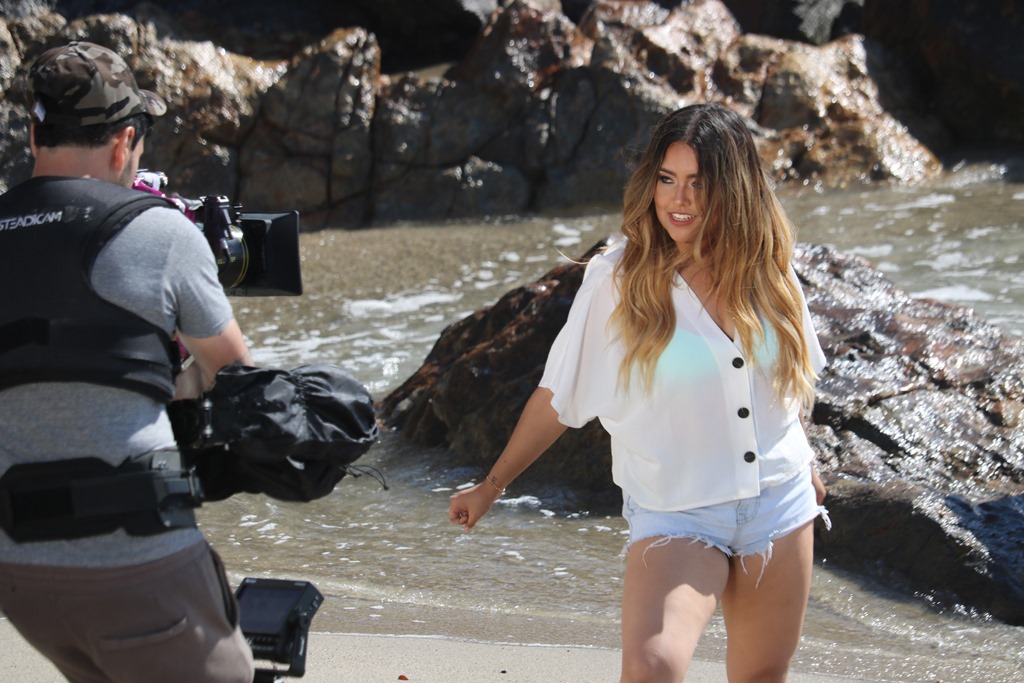 Manila-born Tiana Kocher has just released her latest contemporary RnB single ‘Take Over feat. Sage the Gemini’ with a stunning music video set on a gorgeous yacht and Malibu beach coastline.
Congratulations on all your successes so far!

Can you tell us about your new record ‘Take Over’?

Take Over was one of the first songs I ever recorded in Los Angeles. I recorded and filmed the music video over two years ago during summer 2018, and it was my first song working with a feature. I had an incredible time working with Sage, who ended up being one of my closest confidants in the industry. I consider him my big brother.

What do you want people to take from the song?

I just want people to vibe with it and have a good time! When I listen to it, it definitely makes me want to dance so I hope it makes people want to get up and start dancing too!

You have collaborated with some amazing artists and producers. Who is next on your bucket list?

Man, so many people. I’d love to write with a lot of people, John Mayer, Mike Sabath, Victoria Monet, Snoh Aalegra to name a few. I’d love to work on a track with Kiana Lede, Maye and Hayley Wiliams.

Is there anyone you’d love to open for?

Growing up I idolized Katy Perry and always loved the effort she put into her visuals. I would absolutely love to open for her.

On tour, what can you absolutely not live without?

Man, definitely my phone so I can FaceTime with the people I miss. Skincare because you are always flying and your skin can get really dehydrated, plus putting on makeup every day, your skin needs that extra hydration. And snacks, I always have snacks.

What’s coming up next?

More music, hopefully an EP in the spring and more performances!

‘Take Over Feat. Sage the Gemini’ from Tiana Kocher is currently out and available for download on all digital streaming platforms.

Tiana Kocher teamed up with multi-platinum recording artist and rapper Sage the Gemini for her latest single release, ‘Take Over’, which she wrote with GRAMMY award-winning writer Candace Wakefield, and Sage the Gemini.

Releasing through Manila Music, the ‘Take Over’ music video was directed by Ali Zamani and produced by Zeus Zamani of AZ Films. Set on a Southern California sun drenched backdrop, ‘Take Over’ is a song about love, but through the eyes of both the male and female’s perspective of a couple finding each other and “taking over” the world together.

“Take Over’ was one of the first songs I ever recorded in Los Angeles,” says Kocher. “I recorded and filmed the music video over two years ago during summer 2018, and it was my first song working with a feature. I had an incredible time working with Sage, who ended up being one of my closest confidants in the industry. I consider him my big brother. I was fortunate enough to be able to work really closely with AZ Films to create a visual that matches the energy of the song. We always want to outdo ourselves, so we came up with the idea of filming the music video on a yacht! I had such a great time working with my closest friends on this music video.”

Sage the Gemini has been featured on several award-winning songs including records with Chris Brown and Flo Rida, and has produced a multitude of songs, most recently for Tinashe and Tyga.