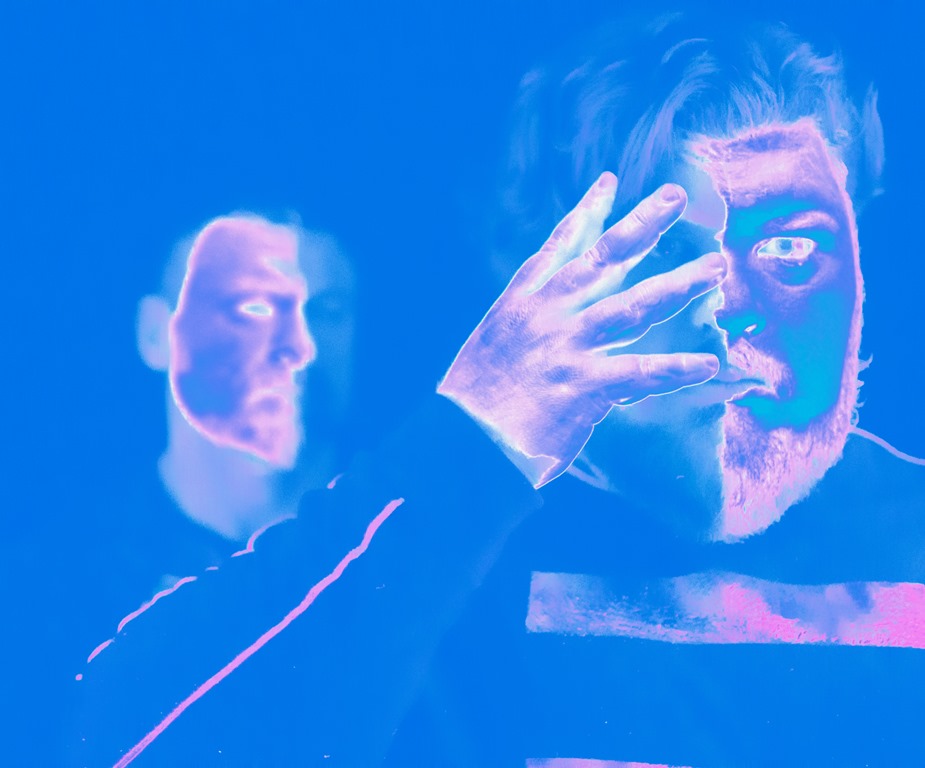 The new single ‘Better Now’ comes packed with an electro ‘Cloudbusting’ beat vibe and ‘The Might be Giants’ pop flair and could be their biggest hit yet.

If this doesn’t stick in your head nothing will.

When asked about the meaning behind the single Jonathan from N2BLÜ said:

“Better Now is a very personal song about a past relationship and a past version of myself (Jonathan). I used to feel unworthy of love and that lead me to relationships and people that weren’t the healthiest. The journey to self acceptance is not an easy one and it never really ends. It’s something we have to work on every day and all we can really hope for is to be better now than we were then”.

MHBOX BIG VOCAL AND SYNTH SOUNDS OF 2020: Jonathan Arceneaux and Konstantin Smorodnikov a.k.a ‘N2BLÜ’ are back with a shining electronic pop winner in the big, warm and stylish ‘Better Now’ – MHBOX UK Musichitbox

Just like a hole in the heart of the ocean

You make me wish that I could drown

Keep pouring myself into your void of emotions

As your anchor pulls me down

And I’m losing myself just to feed your ego

But it’s never enough to make this love grow

Even though we don’t fit, you don’t stop me trying Leaving me the only one crying

Wearing the mask of someone who knows love

Your flashing colors draw me in

Painting my fantasy as you fit me like a glove

Where you end and I begin?

You keep drawing me in with flames of passion

When all that I want is your love reaction

Even though it’s not right, I still do it for you

Hoping someday you’ll be the one that’s true

The previous hit single from N2BLÜ  was entitled ‘Again’.

Born in New Orleans, Jonathan Arceneaux started singing not long after he learned to talk and hasn’t stopped singing since!

At a very young age Jonathan began his career as a singer in a church choir and started taking voice lessons in both classical and musical theatre styles. During his High School years in Baton Rouge, LA, Jonathan continued singing in the choir and participated in several musical theatre productions. He also started to tap into his writing talents as a freshman in High School, drawing inspiration from some of his favourite bands and artists like Better Than Ezra, Duncan Sheik and Savage Garden.

Over the years following, Jonathan began to realize that his true passion was singing and writing Pop music, so he changed his focus from classical and music theatre to be a full time Pop singer/songwriter. He is a passionate, true artist with emotional expression through his writing, production, and performance. Jonathan also enjoys collaborating with other artists to meld unique tastes in sound and texture.

After the loss of his father to kidney cancer in August of 2009, Jonathan took some time off from music and in 2013 he decided to move from his home in Houston, TX to Los Angeles, CA for an immersive experience in the heart of the music industry.

While he learned a lot about the industry and himself, Los Angeles was not a good fit for him. So, in 2015 Jonathan decided to get back to his roots and move back home to the Big Easy, New Orleans. Not long after moving to New Orleans, Jonathan met Konstantin Smorodnikov, a personal trainer originally from Russia who had a love and talent for music as well.

Jonathan and Konstantin had an instant connection as friends and decided to start working on music together. While Jonathan came from more of a pop music writing background and classical vocal training, Konstantin’s background was in the club and dance music scene. The next couple of years lead to the duo developing a seamless blending of Jonathan’s lyrics and vocals and Konstantin’s beats and instrumentation to create a sound all their own. In July 2018 they were approached by Loren Israel to participate in his song writing mentorship program.

Little did Jonathan and Konstantin know that this would be an integral turning point in their musical journey.

After a year of instruction, guidance, and tough love from Loren and by honing their skills in song writing and lyricism, they have emerged as the duo, N2BLÜ.

Born and raised in Kostroma, Russia, Konstantin Smorodnikov fell in love with music at early age. It was the structure of rhythm and arrangement that most interested him.

Around 15 is when he was introduced to computer music production.

At 18 moved to America where spent most of his 20’s going out to local dance clubs and learning all he could about technical side of production and sound engineering. He drew inspiration from DJ’s like Peter Rauhofer and Abel Aguilera.

In 2016 he met Jonathan Arceneaux. They realized that they both shared a passion for similar sounds and ideas in music and decided to give a musical partnership a shot.