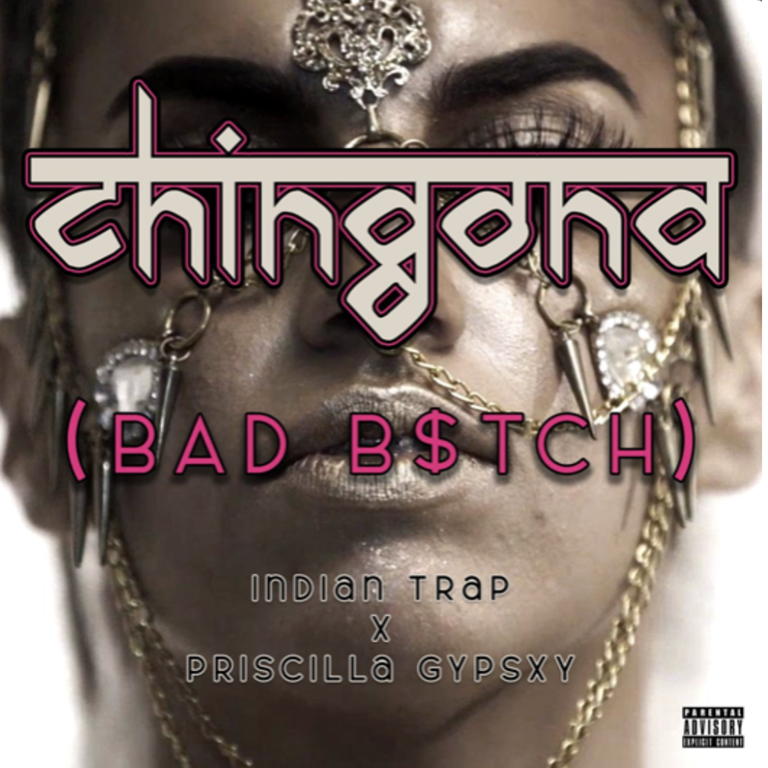 Chingona is an infectious, catchy song with many different vocal styles. The single pushes the boundaries of music with a variety of colourful textures in Priscilla’s voice while she delivers a hard-hitting, empowering, and unforgettable rap performance.

Priscilla; “I’m so excited to be releasing this single, I very much wanted to embody and capture that boss B$tch side of myself. Something that could really give other women from around the world the confidence to embrace that fearless boss B$tch side to them and feel good about it. The true power of a woman is mysterious, but we’re gonna crack Pandora’s box and give y’all a lil taste with this one”.

Indian Trap has also released a striking lyrical video, featuring vibrant dancers and choreography by RADICALFASHION. The video was conceptualized by Indian Trap and Tejasvita Negi, who has also worked on most lyrical videos with Indian Trap as well as the iTrap record label, including ‘Cuarentena (na na na)’, ‘Alien’, and more.

This one is super exciting, and will get you up and dancing quick. Jay Singh, also known as J2, the hit record producer and composer, is the man behind Indian Trap.

Jay first burst into the scene when he won the prestigious Ministry of Sound DJ Idol Competition in 2002. Since then he has produced and remixed songs for many reputable artists including LL Cool J, Beyoncé, Lady Gaga, Lil Wayne, and Madonna to name a few.

Powerfully establishing himself in the pop world under the J2 moniker with his hit single “Dare La La La,” which he co-wrote and produced for Shakira’s 10th studio album, the track debuted in most of the top 10 lists around the globe.

A reworked version was released as an official theme song for the 2014 FIFA World Cup titled “La La La” Brazil,” which is featured on the One Love, One Rhythm World Cup album.

The song was also featured in a T-Mobile commercial and on Shakira’s Activia Commercial, which became the most shared advertisement of 2014.

His J2 songs can be heard in over 100 movies, trailers, video games, TV Shows, and advertisements.

Collectively his songs have garnered more than 250 Million Streams across YouTube and all other major DSPs.

STREAM ON ALL PLATFORMS