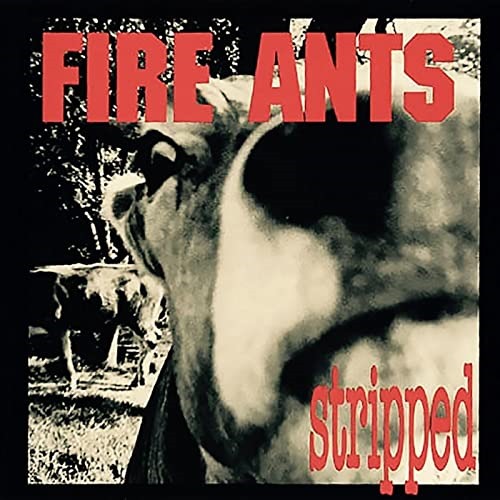 The Fire Ants may not have gained worldwide popularity yet, but they need no introduction to the fans of the Seattle sound that defined a generation.

The year was 1992 when Seattle’s grunge scene was making waves across the city, and the band released their six-song EP “Stripped” on Dekema Records.

The EP was recorded by legendary Sub Pop and grunge producer Jack Endino, who also recorded and produced albums for Nirvana, Mudhoney, and Soundgarden.

He is credited with helping to create Seattle’s grunge movement and sound. The album was remastered by Endino in 2015 and re-released by Dekema Records as a Deluxe Edition with nine additional demo tracks the band recorded back in 1992, prior to the Endino sessions, with Marty Jourard, a member of 80’s New Wave band The Motels.

Chad was the drummer on Nirvana’s first album “Bleach”, and he originally played on demos for what would become the “Nevermind” album.

Prior to The Fire Ants, Kevin and Andrew Wood were in the influential Seattle band Malfunkshun.

The band’s record Stripped received a great response from grunge fans when it was initially released back in 1992.

The opening track of the album, “Bodies by the Side of the Road” reminds one of bands like Guns N’ Roses and Stone Temple Pilots while “Mine, His, Alive” is the most hard-hitting track on the album with its monolithic guitar riffs and gnarly vocal tones.

The song “100 Wives” has Led Zeppelin influences, and the intro to “Waiting on Your Love” has a hard-hitting rock and roll vibe.

The demo track “She Drove Me Crazy” offers a cool insight into the band’s rehearsal process.

All in all, the album has a certain nostalgia as it acts as a memory of an era when grunge music evolved over a decade from having a softer side to taking a dark twist in the second half of the ’90s.

Listen to the album Stripped (Deluxe Edition) on Spotify.com.

Read More about the history of ‘The Fire Ants’ at Thebandcampdiaries