Skip to content
Music Hit Box Worldwide Music Features
Home > Music News > “It’s a blessing to be on a world tour with an incredible talent such as Marc Anthony” says ‘Mario Guini’ as he also releases new ‘Monte Grande’ material. 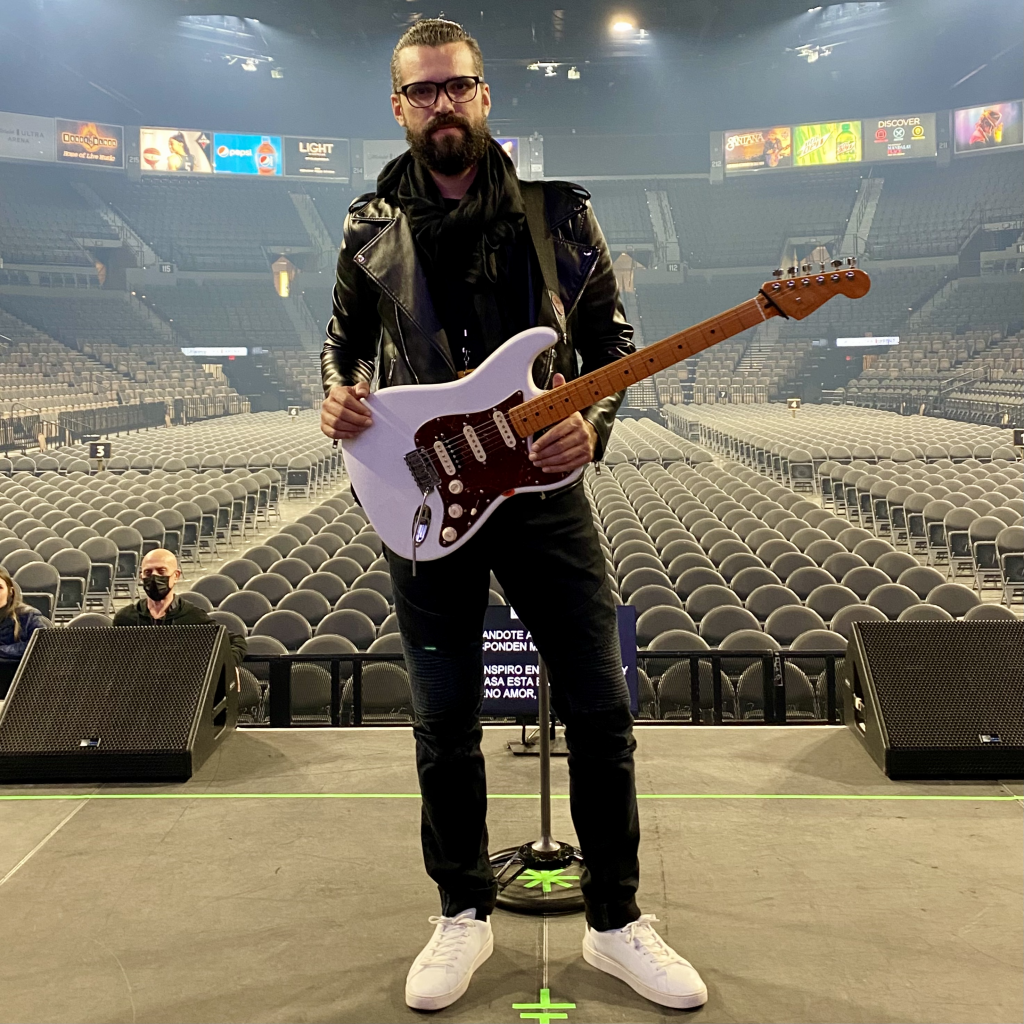 Mario Guini, a mainstay on stage and in studio as the lead guitarist for some of the biggest artists in the music industry from Marc Anthony to Andres Cepeda to Jennifer Lopez, continues to blaze across the world and release new music in 2022.  Currently, Guini is touring in Europe and South America with Marc Anthony through August.

“The more love, music, passion and excitement we can add to this world, the better place it will be,” said the eternally optimistic Guini. “Every day I wake up excited to share and produce meaningful and emotional music.  It’s a blessing to be on a world tour with an incredible talent such as Marc Anthony, and move forward on projects that bring joy and excitement to so many audiences.”

Domestically, in the United States where Guini is based, Guini and Monte Grande have been a band in residence at Miami’s Lincoln’s Beard Brewing where they oversee a Music and Art exhibition featuring numerous special guests, musicians, and artists including Guini’s wife Paula Vedia.

Monte Grande has a current catalog of six songs available on all music platforms.

Mario Guini is on-line at: