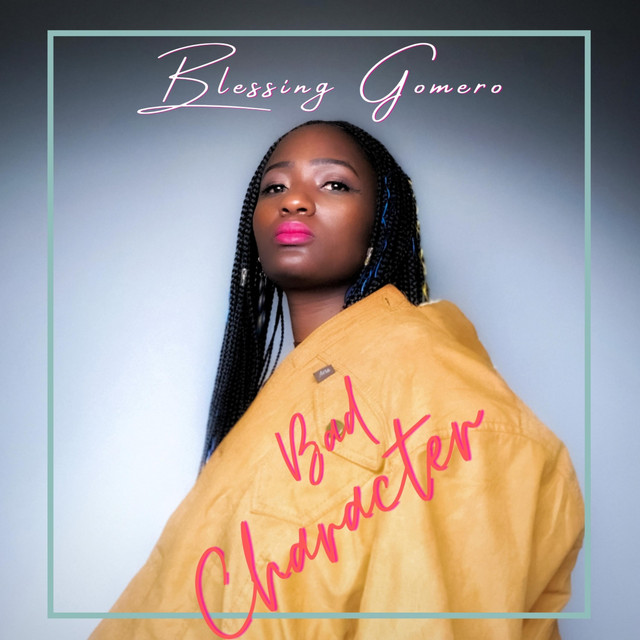 “Bad Character” from ‘Blessing Gomero’ is  a catchy soulful, dance, comedic satire on human relationships. It’s a song that calls the out “bad character”  of people who say they are for you but will leave you in the cold. It stylishly spells out love languages such as acts of service, words of affirmation  and engages the audience in rhetoric questions through the power of story telling, vocal harmonies, and rhythmic fusion of modern and ancient drum beats . “ Will you vouch for me vouch for me when no one will?”  “Where are you going? Where are you going?” Bad  character. Visually Bad Character Verses has a call and response song structure where the audience repeated say “Bad character” whenever the song calls out the specific character trait in question. Bad character is something different and fresh!

Where are you based ?

What inspired you to start a career in music ?

I have always been involved in music but I began actively releasing music December 2020.  I wanted my music to be heard.

Tell us about your new single ? what is it about ?

Bad Character is just like the title implies. A song about bad characters- people who never come through for you but want to be associated with you. They “see you thirsty and won’t bring you water” “they smile at you” in your face but “laugh at you”. All the while you think they are on your side, but they disrespect and handle affairs that pertain to you carelessly. Bad character is groovy, catchy, fun song that discusses a serious topic in a playful and comedic manner. The song was written and song by Blessing Gomero and produced by Franky G,

Who are your musical influence’s ?

I don’t have a musical idol. I love any music that’s lovely and memorable. There are so many great artists out there. Hard to pick one.

Sometimes my song comes to me in a dream, while driving, while doing dishes or  triggered by an event. I record inspirations on my voice notes app, some songs never make it to the notepad, but songs that make it to the note pad have a higher chance of being released. A song that started with one idea can evolve to an entirely different song. Melodies come to me easily, it’s a gift God gave me freely and generously.

Did you have lessons to learn to sing and play music ?

If you could do a duet with any artist, who would it be ?

Hmmm this one is interesting. I do not have any specific one in mind but I am open to collaborations.

Where do you produce your music ?

Mostly in my home studio and I collaborate with producers globally.

Where did you get your artist name from ?

My artist name is same as my birth name

Where can we find you online ?

You can watch Blessing Gomero’s Bad Character Music video which is just recently released on youtube featuring vibrant colors, dancers, crisp images, engaging story telling and performances. Her fans are really excited for this video and it’s views have skyrocketed since it’s release.