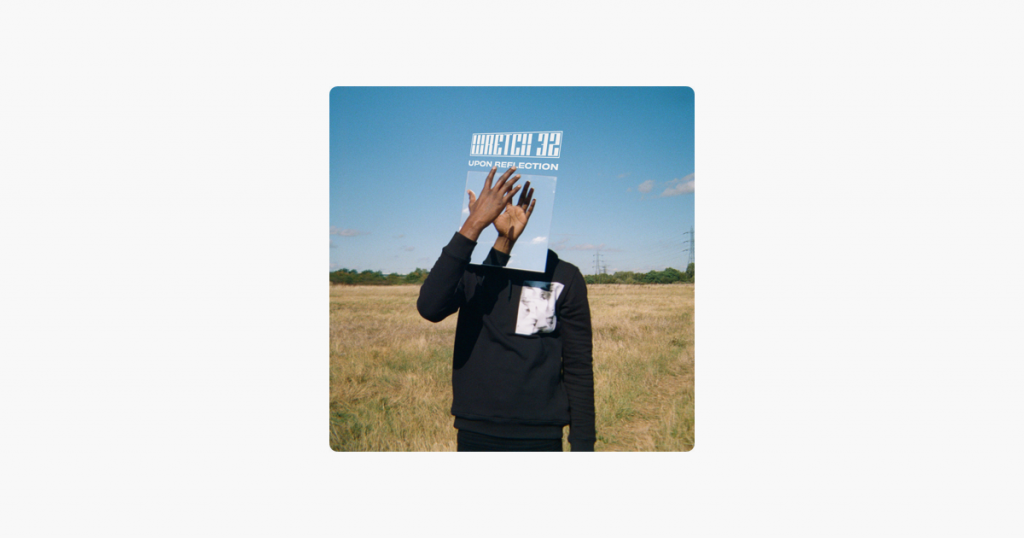 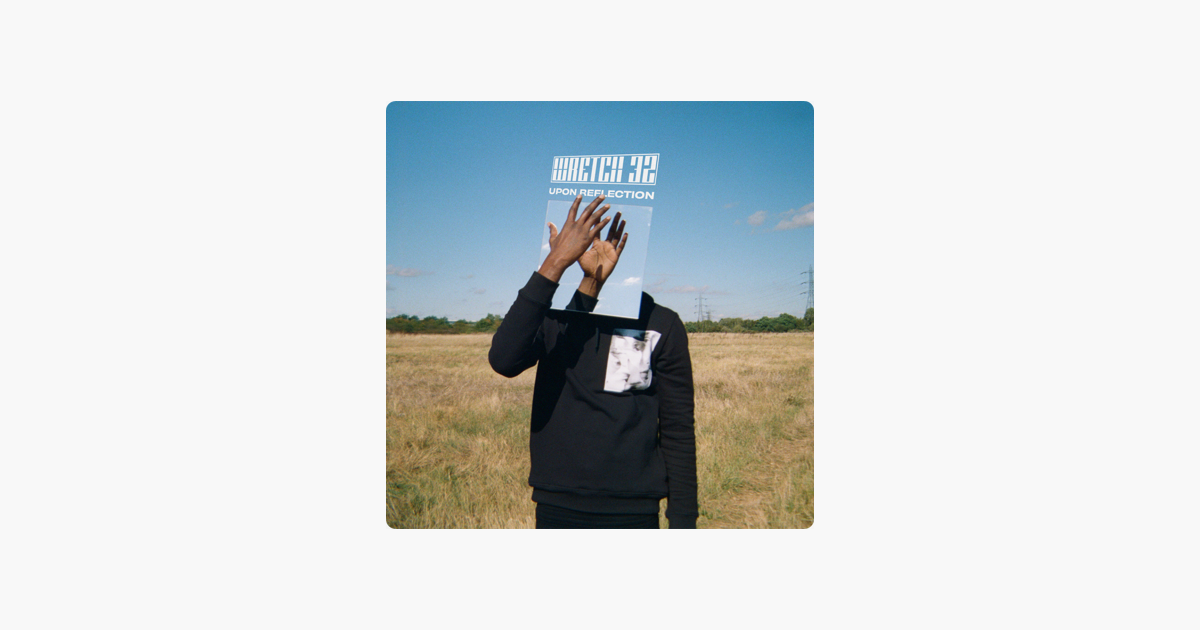 Over a decade-plus journey, Wretch 32 has moved from grainy DVD freestyles to anthemic No. 1 records and become one of Britain’s most acclaimed rappers and lyricists. On his deeply personal fifth album, Upon Reflection, he lets us in on the struggles hurdled, the relationships lost and the inner fears he has faced. “It’s confessional and it’s therapeutic for me,” he tells Apple Music. “Music is the soundtrack to what mood I’m in, and I’m in a reflective time of my life.” In laying himself bare and opening up, Wretch’s story represents more than just his own life. “I think I’m just a vessel of struggle and being able to overcome things,” he says. “My voice just happens to be louder than the average person’s, so it’s only right that I use it in the right way.” Read more of his thoughts on each of the album’s tracks.

Winning
“When we started making the instrumental for ‘Winning’, a race that Lewis Hamilton was having kept coming into my head. In the race, his team told him to pull over and let his teammate pass. He said, ‘I’m not going to slow down for him to overtake me. If he can overtake me, then he can. But I’m not going to slow down to let him pass.’ I just thought to myself, ‘No matter what, he just keeps winning.’ That song just took my mind to that race, and I just tried to put myself in that car.”

Mummy’s Boy
“I think women are the least championed. On the record I say, ‘There’s power in empowering a woman.’ Every time I fell down, I got picked up by a woman, you know what I mean? It was almost a negative term to be called a ‘mummy’s boy’. But you don’t need to feel mocked, especially young boys. At this age now, I feel comfortable and proud that that was my beginning. I’ve now spun around to become the head of the family. The mummy’s boy is the man of the house now, so it just goes to show that you can spin terms on their head. When you do become the head of the family, you’ve got to wear that responsibility correctly. Now I’m there for her, but in a different way.”

Visiting Hours
“Reflecting on where I am now in my life, I realised that a lot of the songs that had the most impact on me in my life were reggae records—records that had a different meaning. I had to get older to understand that. But my heritage is everything and it says everything about me. It’s everything I am. You have to be proud of where you come from, the way you were raised, your country, background. I just like to apply it to my music and make people from different backgrounds hear how I was brought up. The song means that there’s no time that’s out of bounds for someone I care for. If the visiting hours are between 2 am and 6 am, that’s cool with me. I’ll always be there.”

10/10 (feat. Giggs)
“I speak a lot about ambition on this record. I’m mad ambitious, man. I want to do so much, and I want so much for my family. So for me now, it’s about what more can I do? Giggs is on the record, and whenever there’s two MCs on a record, it’s a war. As much as there’s love in there, it’s competitive. I just wanted to go to war with my mate. It was good to do something uptempo, because we had ‘Gwop Expenses’ on his record, which blew up. The people really enjoyed that, so I thought, let’s do another one, but let’s speed it up a bit so we’ve got something different. Now we’ve got one on each project. I recorded my part, and then I came to the studio with him to record his. It was just vibes when we were in the studio. We were running jokes, talking about music, having a drink and then getting competitive.”

Burn (feat. Ghetts & Talay Riley)
“This is almost the next chapter of a record that I had on [2011’s] Black and White called ‘Forgiveness’. Every now and again it’s nice to continue a vibe, but in a new way. Ghetts released Ghetto Gospel: The New Testament around the time I got into this record, so I could proper tell that he was in that zone. Me and him are another two that love to get competitive with each other and we love to do it on a record, so it was only right.”

Insurance
“‘Insurance’ is just youth, man. It’s just where the kids are. 169 produced this, and I love his sonics and I love his simplicity. His music is very open; it enables you to create whatever story you want to. You have to understand that music evolves. Things change every couple of months; even drum patterns change. You could have made a record in January, change the drums and release it in December and it can feel cool. But if you keep the drums the same and then the world’s moved on from them drums, you’ve now got an old record, when all it could have been was changing the drums to enable it to still feel current and still feel fresh and still speak with today’s texture. It’s important to understand that.”

Upon Reflection
“I knew that I had to get everything out on this song. I think the main thing for artists and listeners is to be trusted. The deeper you go, the more trust you give the listener, the more they trust you, the more they’re with you, because they understand what you value, so that’s why I think that’s important. It’s like I’m letting you into my diary and I’m not hiding any pages. On there, I talk about the ups and downs in music. It’s something that I know, and I understand how it can break people. But at the end of it, it don’t matter what number the song’s at—I still am who I am. There’s always going to be another No. 1, there’s always going to be a new guy, and you have to accept that. I remember getting my first No. 1, and then when songs went to No. 4 or No. 6 after, it didn’t feel as rewarding as the No. 1 did—and it almost felt like I failed. But I had to get a better understanding of myself and understanding of the game and be like, ‘Bro! Usain Bolt might come second sometimes, it’s going to happen, but he’s still Usain Bolt, and that’s what you have to take pride in.'”

Spin Around
“You need colourful moments because you don’t want to make a grey record. ‘Spin Around’ is that. Everybody I played it for said, ‘This song just uplifts me.’ You’re putting your life out there in 12 songs, and that means you’ve got 12 opportunities, 12 moments to show people, to give people an overview. These moments are only three minutes long, so if everything’s all dark, the perception of you is going to be that you’re a dark person. So I have to represent myself, and in that there always has to be elements of colour because I am a vibrant person.”

Closer to Me
“I think I always have one or two ‘girl’ records on each project. When I’m 15 albums in, if you just listen to those songs in a row you should get an overview of where I’m at or what I was going through at the time. I like the idea of that, so I always make sure I include them. ‘Closer to Me’ is that moment where you’re arguing with your partner, you’re sleeping in the same bed but it feels like you’re miles apart. When moments like this happen in life, I just store that feeling in my head. I’m probably lying in bed thinking, ‘This will make a sick song.’”

Last Night
“For me, ‘Last Night’ is the morning after ‘Closer to Me’. It’s when you say we’re going to split, but it’s never full time, it’s always only a break—and if it’s worth salvaging then we should. When I step back and look at it, there’s quite a lot of deep things here. I say, ‘I felt my mother tried to find it/I guess it slipped through our fingers/But I never met the man who put a ring on her finger.’ It’s seeing my mum not be able to fulfil that dream of a full relationship, a full marriage. To me, the parents are the king and the queen. You have to understand what they’ve gone through to understand who you are and what you might go through as well. And what you can do different to get different results.”

All In (feat. Burna Boy)
“More colour—international colour, man! Burna Boy’s sick. He attacks the record from a different perspective, and you can hear Africa and Jamaica together on the one song. Different cultures, different sounds, different sonics. We recorded it together. You can tell because we’re going in and out. I wanted ours to be done like that. It just has to feel organic. There has to be a vibe, man. You can’t force anything in music. Once you start overthinking things, you’re just losing power.”

The Baton (feat. Avelino & Knucks)
“You’ve got to hand the baton to the right people. I feel like Avelino and Knucks are very talented—very underrated. I think in terms of what I do, Avelino will replace me. It won’t be today, but I’m speaking of the future. I just love having him on records like that, where we’re just going at it. In music, there’s a fine line that you’re always treading. You run your leg of the race with the baton, then you pass it on, and then you’re almost forgotten about. I’m using my verse to say, ‘Is it now I’m going to be able to be appreciated? Am I going to be able to smell the flowers or are they going to be on top of me?’”