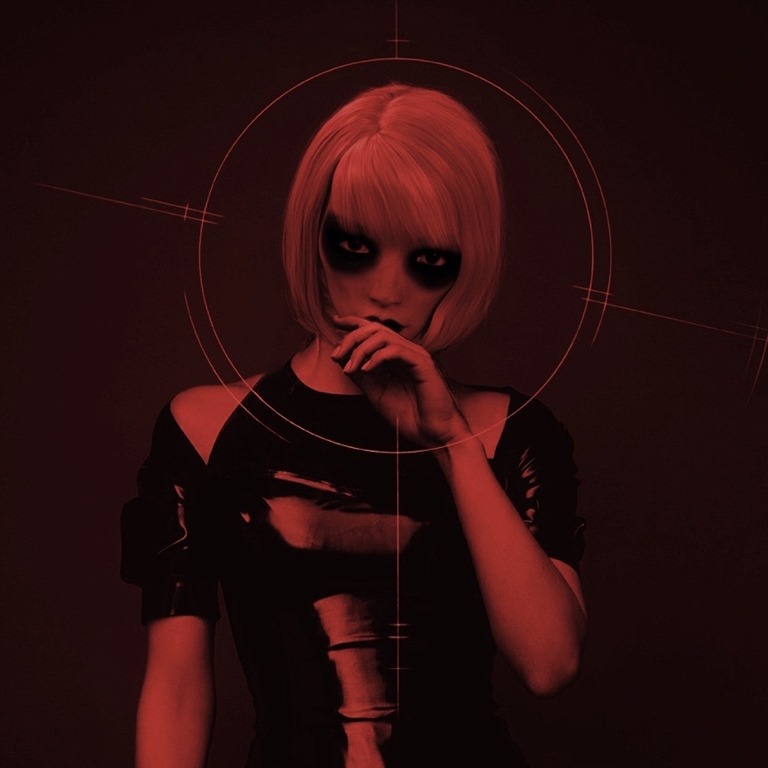 ‘Ezmusgita’ is an inventive, creative and ‘Bowie’ chameleon style artist who changes into different pop, synth and dance guises as she rises up in the music world.

‘Ezmusgita’ releases her debut single ‘Flame’ after cryptic messages of cult origin were found scrawled on forms and chat rooms across the globe anticipating it’s release.

‘Ezmusgita’ is like a stylish, strange and cool ‘Billy Eilish’ as her dark synth sound infects the globe and has been rumoured to be the music for the upcoming Playstation game, Cyberpunk2077.

Who is the REAL Ezmusgita?

The wife of Bowie’s Starman , a modern eco sorceress, the divine priestess of a strange cult, The spiritual nondead wife of Steve Strange ? or a member of the ‘Midsommar’ cult ?

What’s known is that she had perhaps appeared on the Dalston VFD as a project.

Whatever may be her true identity, Ezmusgita’s debut single is surely raking in some popularity on platforms like Amazon, Google Play and Apple Music.

Ezmusgita’s fanclub is spreading like a musical virus all over the world, including exotic and James Bond like movie locations like Istanbul, London and San Salvador.

Ezmusgita’s name started getting spotted in early 2009 on the dress-up game on the platform, Stardoll.

When asked about the secret to her growing fanbase, Ezmusgita said:

“My artistic creations have been sought after for for over a decade , but I still won’t reveal my true identity”.

A little Googling reveals that Ezmusgita has been associated with a mention of numerous conspiracies as early as 2009 in some musical works, one fan remembers, with an artist called Poppy, though Poppy has denied it.  Until the mystery is solved, music fans will continue to listen to her musical productions. FOR EXAMPLE: A cryptic message was found that mentioned a silver and gold frozen lake and the 9th or 13th circle. It says: The ice-cream is ready. However, we cannot officially report this at the time.

Further research reveals that the Italian poet Dante’s famous work ‘Divine Comedy’ features Nine Circles of hell. The 9th one is that of Treachery and it’s a frozen lake, but Ezmusgita hasn’t confirmed anything to date. There have also been speculation that it may be linked to the Roman Polanski movie ‘The Ninth Gate’, but Roman Polanski has refused to confirm this.

Some old art lovers remember Dalston VFD as a project Ezmusgita had appeared on. No matter what, the coming few weeks or months will reveal what Ezmusgita is and her message to humanity. Stay tuned.