In South African slang, The Dushman is a term applied to a lady’s man. The term has been applied to music mogul Sabelo Kheswa for more years than he can count. It was given to him by his music mentor, Mr. Chaklas, and it’s a name that is now known throughout his home country in ways that are synonymous with excellence and having a good time.

His new EP, “Love Potion,” is the perfect example of the excellence and good vibes he brings through his music. Dropped on Feb. 14, this six-song project featuring modern day love songs with a nod to 90s R&B is the kind of project that is gaining attention from fans all over the world.

The lead single off the EP – Candy is a song “about a girl who mesmerizes me,” The Dushman said. “I can’t get enough of her. I can’t get her out of my mind”.

The original version is more laid back, but the remix brings it to life with an upbeat, dance vibe. The single features 2 artists – Senzo Armour and Prime Zulu (The Voice S.A Contestant).

The Dushman said. “I wanted to do something separate from trap music and I love that 90s R&B, and I wanted to do something to express my love to my lady. The sound that I have is completely different than what’s out in the market right now. It’s a sound that a lot of people haven’t heard in a long time. I think they’ve been craving this sound and haven’t realized it. It’s a sound that’s current, but fused with 90s R&B.”

At the end of the day, The Dushman said he hopes his music is such that it connects with anyone who listens while also spreading a message of love. 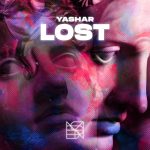 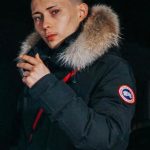