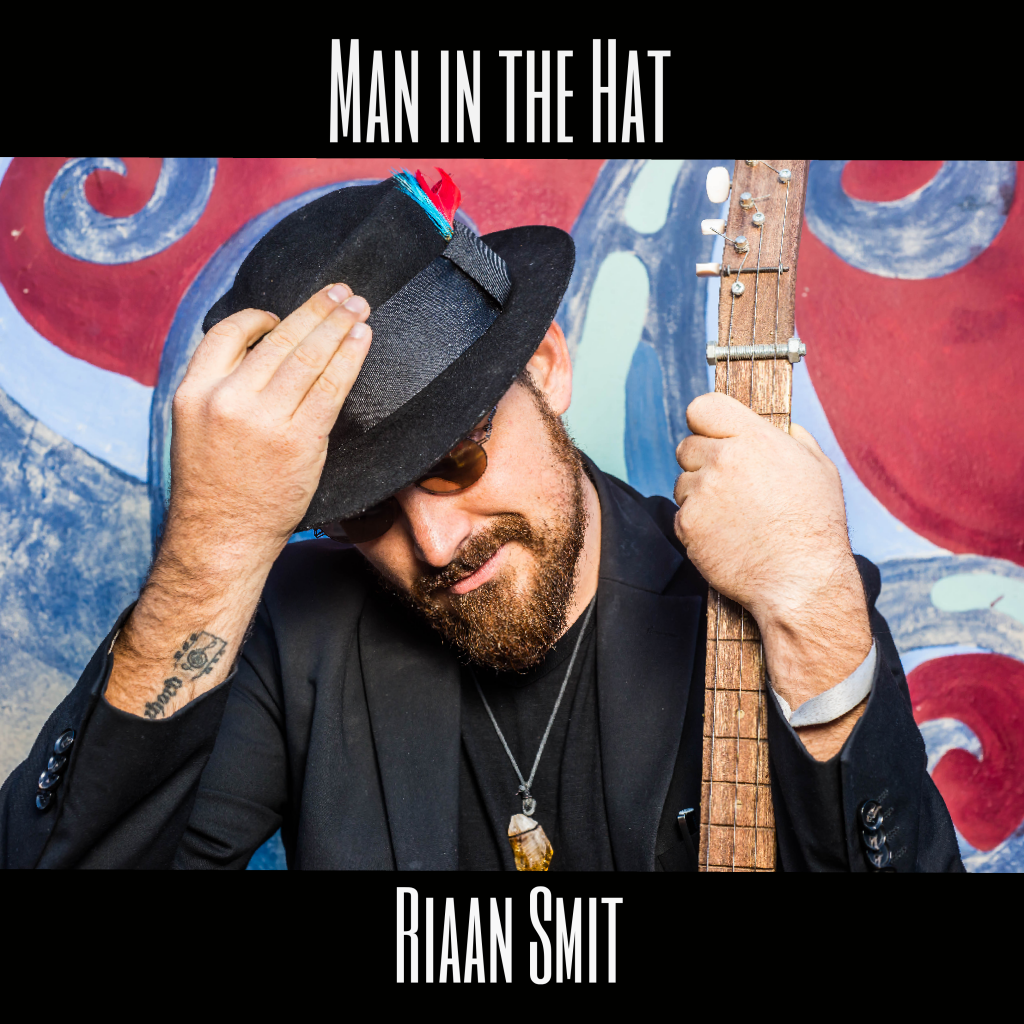 ‘Man in the hat’ is the debut solo album from South African musician Riaan Smit who is celebrated in his home country of South Africa as one of the most revered blues musicians. Riaan Smit takes a different road to his previous musical output with a lusciously dreamy, majestic, grand and epic album that is filled with classic influences, but backed up by well written songs that stick in your head and stay in your heart.

Variety is the name of the game on this album with sweet, mellow and dreamy songs like ‘Drift Away’ that sound like classics from Lou Reed or Leonard Cohen to gritty energetic and boppy blues tracks like ‘Holding my heart in my hand’ that after the 2nd play sounds like a classic blues hit. You can emulate sounds, decades and classic music, but you can’t emulate classic song writing and this guy actually writes exceptional songs. It seems Riaan Smit takes things a step further than other artists just by being himself and telling his real life story.

The meandering country tinged single ‘On the Run’ is melodic, delicious and uplifting and sounds like a cross between Glen Campbell, Johnny Cash, Chris Rea and Rodriquez on holiday down a river with Eustace Conway from Mountain Men and some genuine hillbilly musicians having a lovely happy party.

The beautiful serenade of ‘Ode to Love’ has a mysterious, sexy and sleek eastern jazzy European Tindersticks feel to it and conjures up feelings of romance and LOVE, but it comes with a dark torch song twist, but isn’t that LOVE in itself. All we know is that it’s all we need.

Continuing with the variety of diverse genres and influences ‘City by the sea’ and ‘Old Faithful Road’ take the listener on a mellow but energetic and uplifting reggae vibe.  ‘City by the sea’ has an irresistible reggae vibe and a chorus that is sweet as honey with that sweet answering guitar lick and pays homage to Riaan Smit’s hometown of Cape Town.

‘Old Faithful Road’ takes things further and sounds like David Gray jamming with Marley and Tosh it’s a new reggae classic and once again a lot of artists can play reggae well, but can they write the songs to back it up ?. This delivers and then jumps into a lovely uptempo, boppy reggae celebration at the end it’s like the ‘Come on Eileen’ of reggae.

This album is a whole story and journey and needs to be seen and listened to as a complete package like in the old days of vinyl. If you skip a track you could be missing an entire chapter of the man in the hat’s mysterious life. Rating – 10/10

‘Man in the Hat’ is the debut solo album from South African singer/songwriter Riaan Smit who is based in the Cayman Islands but tours extensively around the world and South Africa.

Riaan Smit recorded the album shortly after surviving an armed robbery, where he was assaulted with a brick in the face. After getting back from the road right after his surgery he went into the studio and recorded 12 songs.

Riaan Smit describes the album concept in his own words “The album tells a story from start to finish, each song being a chapter in the tale. A story, about the man in the hat. The story starts with the man in the hat returning to his old home where he feels like a stranger in “holding my heart in my hand”. The song speaks about having to start again after being away from home for so long”.

Riaan Smit has won the Mzanzi Film award for “Best use of music” in a film called ‘lina & leo’ directed by Yolanda Botha.

Riaan Smit’s band Crimson House has achieved notability in South Africa, having performed every major event in the country and will be performing for 2018 New Years eve at the Kirstenbosch national botanical gardens with Jeremy Loops. The band have had 3 National Hits including ‘Take a Chance’, ‘Pot of Gold’ & ‘Don’t forget to take your medicine’.

Riaan Smit also has a collaborative Radio hit in South Africa with Auriol Hayes titled “Child Atone” and a hit in Namibia with his folk song ‘Just Dreaming’.

The debut album from Riaan Smit is entitled ‘Man in the Hat’ and will be released worldwide on 18 January 2019.

The album ‘Man in the Hat’ will be preceded by 4 singles being released from the album every Friday starting from the 14th December 2018. The full release schedule will be:

Friday 14th Dec: Holding my Heart in My hand

Friday 21st Dec: On the Run

Friday 28th Dec: Every Dog has his day