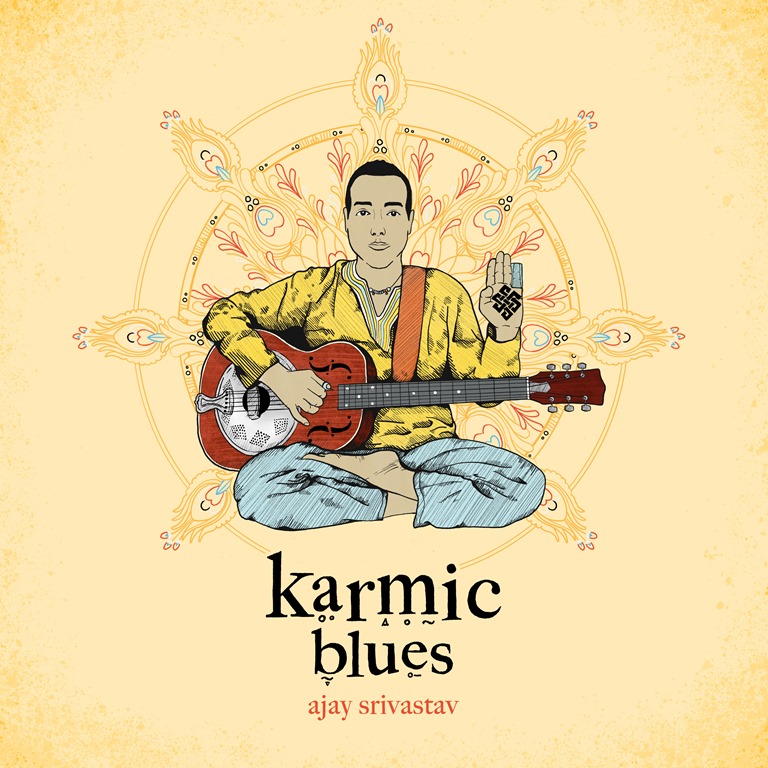 What’s it all about ? Should we ask Mulder and Scully ?

British singer songwriter Ajay Srivastav’s first album as a solo artist is a blend of Delta Blues and Indian Folk. The album ‘Karmic Blues’ was forged during a trip to Ajay’s ancestral home in Varanasi ‘the holy city of India’ and speaks about his identity in a challenging world.

Ajay’s laid-back style flows from the banks of the Delta Blues which influenced him as a child, to the ghats of the Ganges, where he learnt raags from the gurus. The combination of these influences, together with his meditative lyrics is what he has dubbed ‘Karmic Blues.’

Ajay’s latest single from the album is called ‘Six Arm Goddess’. It features his distinctive sound of slide guitar, tabla and drone. The video was choreographed by Geetha Sridhar – Bharatnatyam mentor from BBC Young Dancer !

Check out the video here:

For more about Ajay check out www.ajayhq.com

See below for reviews & gig dates.

Londonfmradio – “An original and insiring gem. A perfect fusion of classic genres and 60’s Stones meets Beatles nuances, Ajay delivers an enlightened and hippy stoned masterpiece that has topped the Amazon Charts and already reached the listeners of BBC Radio 2 with his very own inspired Karmic Blues”

“A masterclass in soulful and reverential fusion”

“Quite simply sublime, the album Karmic Blues is one of the best releases of 2019.”

“Deep down there is a trance like quality to both musical styles that are wedded together so well here. Ajay has a wonderful playing style on his resonator guitar, and this is where the real synthesis lies. It is also what makes the album a real pleasure.”

“His new collection of songs, Karmic Blues is such a breath of fresh air – normally, a reviewer might say “for fans of…” but in this case, nothing sounds like it or feels like it. And ‘feels’ is an important word in the context of this album, because rarely have I ever heard a body of work suffused with such spirituality. A bold experiment, and one of the most unusual and inventive albums I’ve heard for many years.”

“Think Ben Harper having a late-night jam with George Harrison just after he came back from a sitar lesson with Ravi Shankar.

6 July – Woking party in the Park

Email info@ajayhq.com for an audio file of the single.